“…And We Came Out To See Once More The Stars” 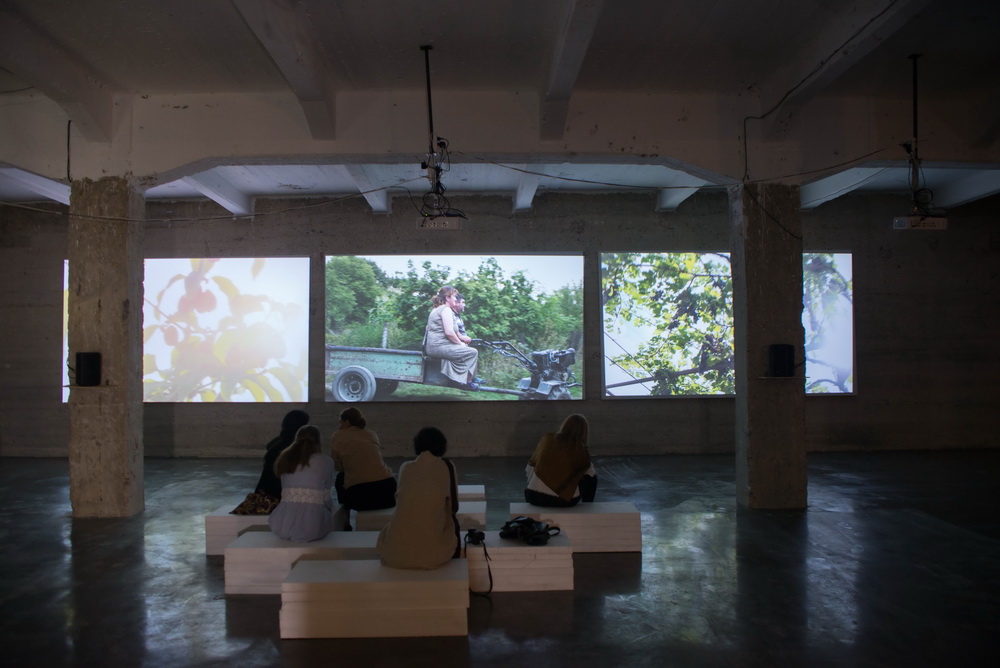 This story began in autumn 2004, when I have spent few days in Didi Liakhvi Valley with French journalists, who were preparing huge reportage. We lived in Kekhvi village and would walk to Tamarasheni, Kurta and Achabeti. Houses, yards, cellars, trucks and light vehicles in all these villages were full of newly harvested beautiful apples – the farmers were unable to deliver the produce to Tskhinvali market that year. The apples were slowly rotting, farmers faced the risk of remaining without an income at the edge of the winter.

As the darkness was falling, shooting would break out. The host warned us: don’t worry, these “are the scheduled shootings, the must do it and they do it”. Though, one night, when the especially intensive shooting began, we preferred to go inside. The host let us sit for a while and then smiled and said: “come out, what are you afraid of? Come, look, how beautiful the stars in the sky are!” We went out and for quite a long were observing the stars under zipping bullets.

4 years later, during the 2008 August war, the native population emptied the villages in which we were observing the starry sky. The recent photos of Google Earth do not even show the ruins of the homes. The villages were levelled with ground – neither people, nor houses and apple orchards, nor the life itself exists there anymore. These villages, along with many others, along with houses and gardens, remained beyond the occupation line.

On the 10th anniversary of Russian-Georgian war, the length of occupation line makes 350 km. 60 of them are covered by the barbed wire, iron nets and fences. Part of these 60 kilometers turned into the ‘crawling border’ and little by little divided the mountains, fields, houses, cemeteries in Gori, Kareli and Akhalgori districts.

In August 2018, or 14 years after the night spent in Kekhvi Village, we went down along the entire occupation line, which is in just 40 km from the Georgian capital. We were going from village to village, from district to district, from the hill to hill: we were going through the maize fields and into the plum gardens, from pastures – into the ploughlands, from forest to forest.

Moving along the occupation line we felt that we were traveling not only in space, but also in time – in the past and in the future simultaneously.

“…And We Came Out To See Once More The Stars” is kind of an end to our journey. But it is rather continuation of our movement through time and space. Trajectory of movement along the occupation line and realities of the occupation are now reconsidered in the format of conceptual and documentary works performed in various media and are spread over the multimedia spatial installation.

“…And We Came Out To See Once More The Stars” by Christian Barani from Tbilisi Photo Festival on Vimeo.

In the heart of the installation, is the documentary-conceptual film made by French video-artist Christian Baran in August 2018 at the occupation line especially for this project.

The project also includes the 2008 Russian-Georgian war chronicles, shot by 10 internationally acclaimed documentary and war photographers; among them are: Michael Robinson Chavez, Ron Haviv, Lionel Charrier, Olivier Laban-Mattei, Thomas Dworzak, Justina Mielnikiewicz, Bruno Stevens, Rena Effendi, Q.  Sakamak, Yuri Kozyrev; Project ‘Creeping Borders’ by Georgian photographer Tako Robakidze, which is documenting the consequences of Russian occupation; archive materials of 20-50-ies of the last century; artists – Lado Lomitashvili (with photo-installation ‘6.10.17’) and Andro Eradze (with video-installation ‘Stick to Your Guns’); the part of the installation are the 080808 Project texts too. These texts are compilation of stories from witnesses of August war.

“…And We Came Out To See Once More The Stars” is an attempt to reflect on the recent history and current reality of Georgia. It is also an attempt to return to the realities of 2004, at least in our imagination. To the realities, when one small village of Didi Liakhvi Valley – Kekhvi, and the other villages, too, still existed, and when we, staring into the starry skies under zipping bullets, could not even imagine that in just a few years the occupation line would cross Georgia for 350 kilometers and would divide villages, houses, apple orchards, cemeteries, hills and forests; would break the lives of thousands of people into two; and we would work on this project and name it “…And We Came Out To See Once More The Stars” – the final verse of the Inferno from Divine Comedy by Dante Alighieri.