Tbilisi Photo Festival and Tbilisi Photography & Multimedia Museum was able to expand its program and produce works with support of The Prince Claus Fund which in 2019 has awarded with the Partnership Network Grant for a three-year period (2020-2023).


The fisrt edition of grant program for Female Photographers - “How Technology can Improve Women’s Lives” (July-October 2020) was curated by Justyna Mielnikiewicz / photographer with MAPS and mentored by Rena Effendi, documentary photographer based in Istanbul. The project was implemented by Tbilisi Photo Festival in a partnership with Tbilisi Photography & Multimedia Museum.


Five women photographers from Kyrgyzstan, Russia, Turkey and Ukraine offered an opportunity to benefit from the grant, which supported the production of photo stories exploring how technology helps women improve the lives of communities and the countries they live in. The first edition of the program in 2020 was focused on technology.


Each grantee's produced story/project has become a part of i-mediatheque, an online multimedia archives platform of Tbilisi Photography & Multimedia Museum.


Irina Unruh – I am Jamilia 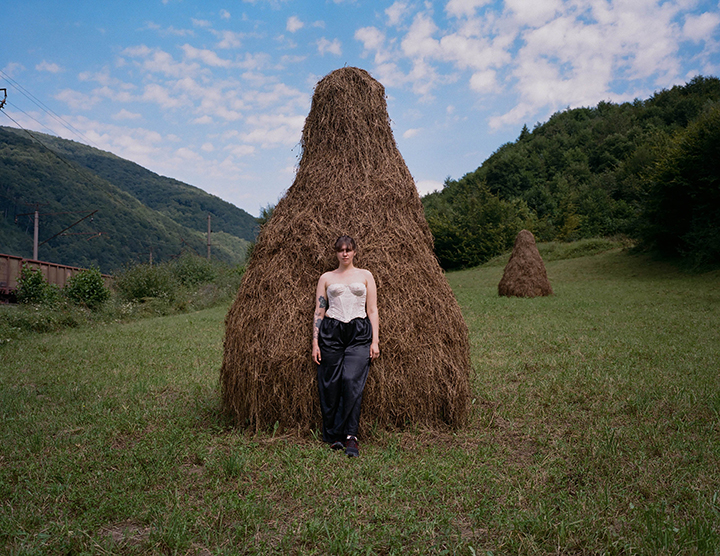 Ira Lupu – On Dreams and Screens

Four artists - photographers and filmmakers - in a series of illuminating talks about their experiences with social media, found footage filmmaking, virtual reality or moving from writing to photography and documentary film making. They introduce their works and the philosophy behind it, while also sharing practical advice on how to accomplish your goals.

Hannah Reyes Morales is a Filipina photographer and National Geographic Explorer whose work documents tenderness amidst adversity. Her photography, both visceral and intimate, takes a look at how resilience is embodied in daily life. Based in Manila, Reyes Morales’ work explores the universal themes of diaspora, survival, and the bonds that tie us together.

Harbi: Warrior in Arabic, born and raised in a country that gave its ancestral name "Ifriquiya" to the rest of the African continent, Tunisia; my first world. This utopian space between two fluid entities, the Sahara and the Mediterranean sea, at the edge of two distant worlds, each one mirroring a distorted representation of the other. Traveling slowly becam a necessity, physically first, then mentally and spiritually through books and art, broadening and expanding my conscience, and inviting it to plural and universal dimensions. At the age of twenty-two, I jumped out this space and started my journey, responding to a deep burning call: the discovery of itself, the world, the unknown. Heading north first, Berlin: another key-point of disparity, where I could settle and prepare myself for a bigger jump: the south, reconnecting with my deep Africanity and roots, taking a critical distance from my matrix-point where I grew up, embracing the world as home, makes me realize what matters most:  human conditions, the urge to rehabilitate our global reason and root a new narrative. I identify myself as a world connector. Embedding my ancestral nomadic North-African spirit, today I am proudly hunting the traces of beauty, of a world that still can be repaired.

Ukrainian filmmaker and writer, and member of Ukrainian PEN International. The winner of “Directing Award: World Cinema Documentary” for the film "The Earth Is Blue as an Orange" at 2020 Sundance Film Festival. Tsilyk is the author of several books (poetry, prose, children's books).

From writing to film, from short fiction to full length documentary and feature films, Iryna describes her artistic path: what inspires her, the role of style, and why mistakes matter. We talk about life, the philosophy of film making and art, but also the practical steps one can take to transform an idea into film.

Maxim Pozdorovkin is a Russian filmmaker, director and producer of the feature-length documentaries Capital, Pussy Riot: A Punk Prayer, The Notorious Mr. Bout, Our New President and The Truth About Killer Robots.

Our New President follows the story of Donald Trump's 2016 presidential campaign from the perspective of Russians. The film is made entirely from found footage from Russian state-sponsored media and other material found on the internet. The film won the World Cinema Documentary Special Jury Award at the Sundance Film Festival for Editing.

Maxim holds a PhD from Harvard University and is a junior fellow at the Harvard Society of Fellows.